Update – Since I originally published this article in 2015, Square has really stepped up their game.  They have clarified and streamlined the processes related to the confusion that was caused below.  In addition, they have begun signing Business Associate Agreements. It’s still important that Covered Entities make sure they are classified correctly in the Square system and carry out an appropriate risk analysis (see below) to ensure they are using Square in a compliant manner. While these issues have been addressed, I’m leaving this article live as a case study to help understand and clarify HIPAA compliance issues.

Due to Square’s continued responsiveness to these issues and quality service, we continue to recommend them.  If you sign up using our links*, you will receive free processing for your first $1000 in charges within 180 days!

I have been using Square* (also known as SquareUp) since 2012 and have been very pleased with the service. I’ve recommended it to countless mental health clinicians looking for an easy, affordable way to accept credit cards. For those who may not have seen it yet, Square is a set of small devices allowing you to accept credit cards through a mobile app.

Despite financial transactions being exempt from HIPAA/HITECH, Square has always needed to be a part of any Covered Entities risk assessment due to some of its other features. For example, Square allows you to email a receipt. This constitutes a transmission of Protected Health Information (PHI) outside of a financial transaction and is not exempt. Since I was aware of this, I’ve been able to readily address it in my risk analysis, informed consent, and policies and procedures.

Recently, however, two Square features were brought to my attention that concerned me greatly. Katie Malinski, from HIPAA for Therapists reported hearing from therapists using Square that:

While these are convenient and useful features for most businesses, they raise serious ethics, privacy, and HIPAA compliance concerns for mental health clinicians.

What Did Square Say About It?

I contacted Square to raise these concerns. I noted that I was especially concerned that these features appeared to have been turned on without my knowledge. What resulted was a fifteen email exchange over the course of 10 days that never fully answered my questions. In order to understand my confusion at their responses, it’s important to know a some facts:

Here is a brief summary of what Square representatives said to me during the recent exchange:

Did you catch the conflicting statements? For those that didn’t catch it, in one place they say I was classified as “Professional Services up until 6/7/2015 and in another they say I had to have been classified as Medical back in 2012 in order to accept HSA/FSA cards. Despite multiple attempts on my part to gain clarification, including asking that this be escalated, I never received a response that I felt adequately addressed these contradictions.

The remaining questions are: If I was truly classified as “Professional Services” from 2012 through June 17, 2015, how have I been able to accept HSA/FSA cards all this time? Why did she say “In general” in the third bullet point? (Are there exceptions?) Why didn’t the initial rep who replied to me mention that they were re-classifying me as Medical? Why did she say that the policy change in 2014 would have impacted me since she claimed I wasn’t classified as Medical at the time? And why do they say that “anyone that signs up now (emphasis mine), will not have the feedback option”?

Based on what I do know and what Square reps did not clarify/address, and adding a healthy dose of Occam’s Razor, I’m lead to theorize the following:

What Action Can You Take?

Based on this, I strongly encourage therapists and counselors using Square, that want to address privacy concerns as well as be in compliance with HIPAA, to do the following:

If you signed up with Square, prior to 2015, Contact Square immediately. Ask them to confirm that:

If you signed up with Square in 2015 or later, you could also follow the steps above to be sure. According to Square you should not have these issues however. So, you may just want to ask some of your clients if they’ve been receiving emailed receipts and/or been asked for feedback before taking the actions above.

I’d love to hear from others who have experienced this issue. Please leave a comment below!

Update 6/22/2015 In the five days since I published this article, I’ve heard from a number of therapists who have contacted Square.  Many of them have noted that Square confirmed that they were listed as “Medical”, but that the feedback and automatic emailing of receipts was NOT turned off. This appears to confirm my suspicions that this was not universally turned off for those classified as Medical.  This makes it even more important that those using Square contact them to be sure your settings are what you want them to be.

If you’re looking for a user-friendly way to complete your HIPAA Risk Analysis, the answer is here!

END_OF_DOCUMENT_TOKEN_TO_BE_REPLACED 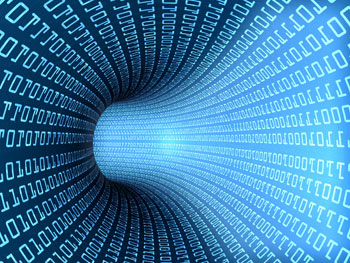