ICD-10 isn’t the only change that happened in October of 2015. Credit cards also implemented new technology in efforts to become more secure. New credit cards, often referred to as “smart” credit cards, are shifting to the EMV (Europay, MasterCard and Visa) standard. This means that they will have a computer chip integrated into the card. Legacy cards carry all of the card’s and card holder’s data on the familiar magnetic stripe and are easily counterfeited. Through the computer chip, EMV cards are able to generate transaction data at the moment of the transaction, making them much more difficult to counterfeit and steal information from. EMV cards are “dipped (i.e. slid into the new reader) rather than “swiped”.

Because of concerns about fraud and theft, much of Europe converted to the EMV standard several years ago. It took large breaches at places such as Target for banks in the United States to finally move forward with the upgrade. Still, banks are moving forward at a slow pace, first switching to cards that have both the chip and the magnetic stripe to give merchants an opportunity to catch up to the technology.

Those that accept credit cards (via a “swipe” system) will need new card readers to process the cards using the new “dipping” method. As of Oct. 1, the banks will be placing more responsibility for fraudulent charges on merchants if they haven’t adopted the new technology. In short, “the responsibility for card-present fraud will shift to whichever party is the least EMV-compliant in a fraudulent transaction.” In other words, if you don’t have the new card reader and someone uses a counterfeit EMV card to pay you, you will be responsible for the loss. In my experience, fortunately credit card fraud in our industry is incredibly low so this isn’t a reason to panic. It does make sense, however, to move to the new technology by October 1 to avoid any issues. Contact your current merchant services provider to determine what you will need to do to convert.

END_OF_DOCUMENT_TOKEN_TO_BE_REPLACED 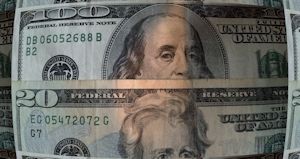